June 2017 is the 30 day challenge for ds106 daily creates. I did a few this week that aren’t already on this blog.

For June 5, the daily create prompt was to goad people at the NMC conference into finding out the source of the dubious claim that we process images 60,000 times faster than text. See Alan Levine’s blog post about this for more info.

I really struggled with this one. At first I wanted to make an infographic about the claim, the need to substantiate it, etc., and I checked out Piktochart which looks cool…but it was just taking me too long and it was late at night and I was tired. So I downloaded a CC0 picture from pixabay.com and added some text with pixlr.com. 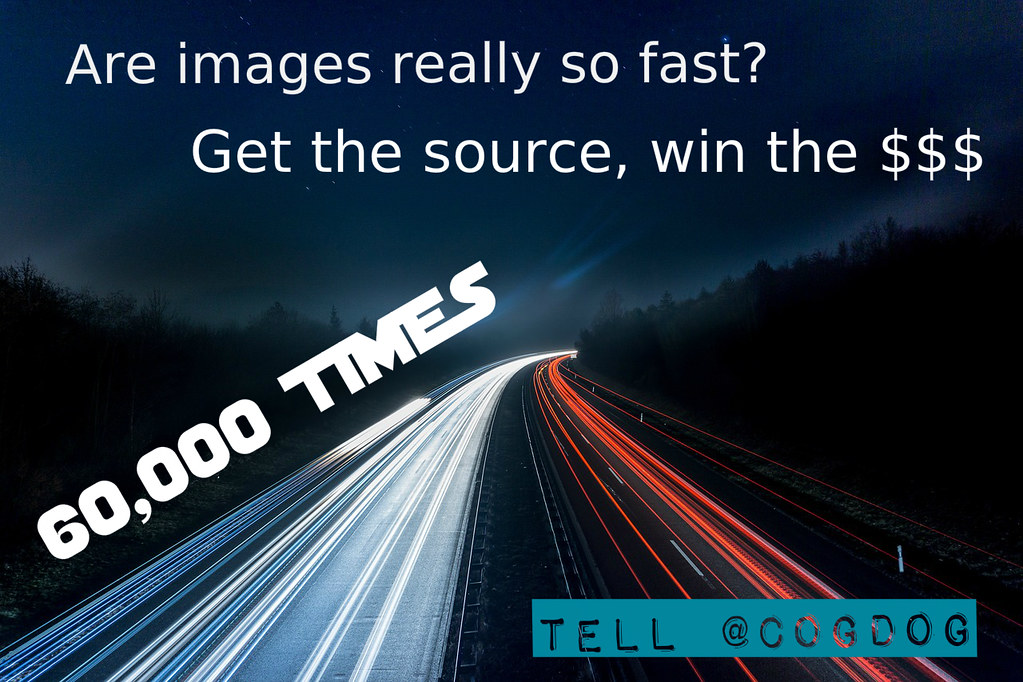 For June 6 the prompt was: “Give us your toughest Sergeant Hulka face in a selfie.”

I also used pixlr to add text to the image on this one. 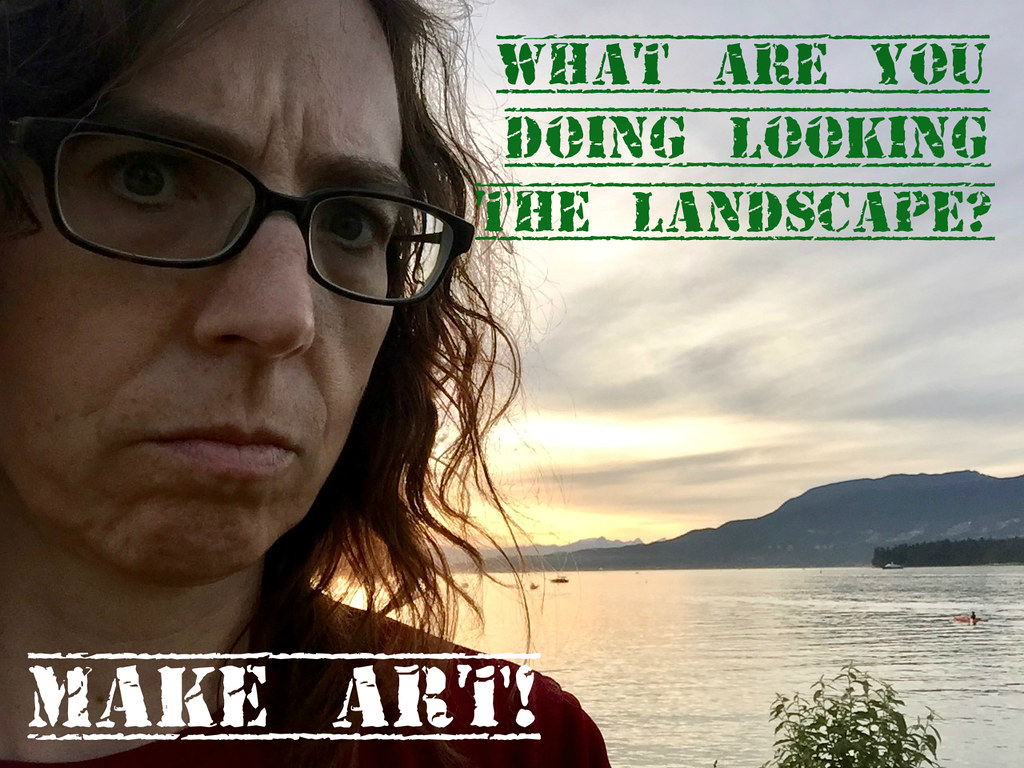 June 7th’s daily create prompt was to put a latte in a ridiculous container like the Avolatte. I spent a year in Melbourne, Australia, and I loved both lattes and avos there, but I am glad I wasn’t there when that amalgam came around.

This prompt inspired me to use an image of Brussels Sprouts in a cup that I had used for the Networked Narratives course I popped into for about a week.

This one I did completely in GIMP. I found a picture of a latte on unsplash.com and added text with GIMP. I used the eraser tool on the latte image to just get the coffee part (added an alpha channel to the layer first).

Then, the only tricky part wass that I had to add the block of semi-transparent darkness behind the text at the bottom, and I couldn’t quite figure out how to do it. I tried selecting it and then using the colour bucket tool, but that did a weird thing where it filled different parts of the image differently. Then I remembered I should have done it on a new layer anyway so I could change the transparency, so I made a new layer and just used the paintbrush tool to paint inside the selected area (wow, GIMP just automatically paints inside the lines of the selection when you do that on a layer with a selection!). Then adjusted the transparency of the layer so it wasn’t entirely opaque.

Finally, the June 8 daily create asked us to get Obama to say something through Talk Obama to Me: “Can you get hime to recite a song lyric, a short poem, or just an affirmation of how good it is to do Daily Create?”

Since I was/am behind on my daily creates, and wanted to know if I could still get my Creatorist badge from Talky Tina even if I’m behind but I still do them all, I decided to have Obama reassure me:

And here he is saying it!

Now it’s getting late again and I’m still one day behind, but I’ll try to catch up by doing two tomorrow!