The #ds106 Daily Create for June 4: “Show us that your feet are on the ground, or that your head is in the sky. Or visa-versa for that matter. Or both if you can?”

Here is what I did for this one: 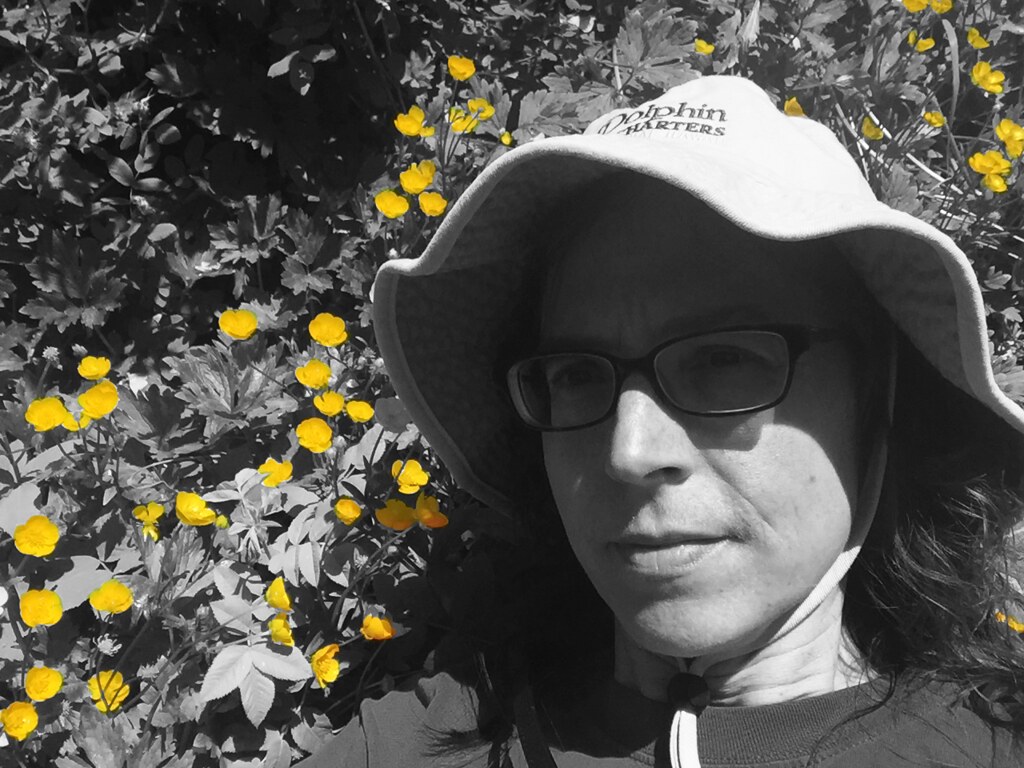 I used GIMP and made two copies of the same image.

For the one on the top layer I desaturated it (under the “color” menu), and played with the “curves” controls under the “color” menu to get the kind of light and dark I wanted (or rather, I played around until it looked okay, not perfect…I didn’t have much time to spend on this one).

I also added an alpha channel to the b/w image, so that it would be transparent when I erased parts of it. I right-clicked on the layer in the layers dialogue on the right, and picked “add alpha channel.”

Then I used the eraser tool and erased where the yellow flowers were. The image on top was b/w and the one on the next layer was in colour so when I erased parts of the one on top, the image on the bottom showed through.