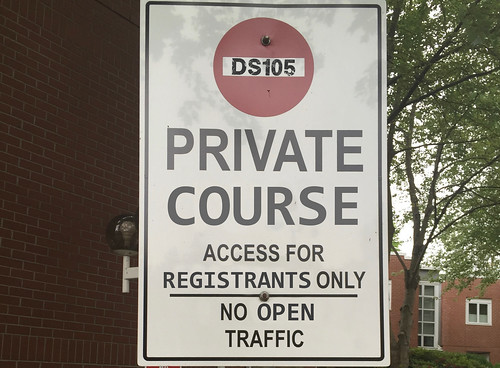 I went for a walk yesterday while thinking about what to do for this daily create, and came across the following sign: 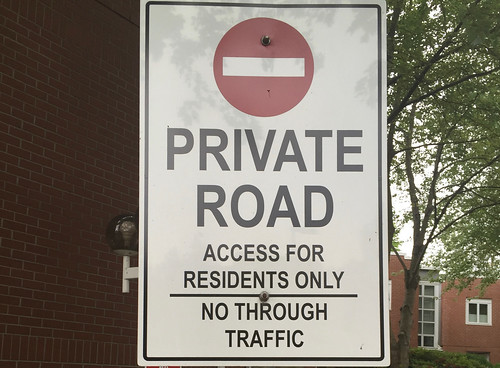 That’s when it hit me: there are many, many things I love about #ds106:

And it is all possible because DS106 is an open course. People who are not officially registered in it can still see what’s going on with those who are, can see what they create, can engage with them and with those who are not officially registered and are doing it as “open” participants. I have learned so much and met so many wonderful people (many of whom I haven’t actually met in person but feel like I have), and this would not have been possible if it hadn’t been available to “open traffic.”

So I decided to create an image that says: you can get close, but not quite it if it’s not open.

But I thought, well, sometimes it might be important to run a ds106-like course but keep it closed, only for registrants (and I thought of someone I know who did just that). And I decided I was being too nasty with my “BS,” b/c such a course wouldn’t really be “B.S.”

#ds106 I shld say, re: dailycreate just posted: sometimes closed crse needed. But open more fun if possible (& only way I could play along)!

So I changed it to more like “close but not quite” as DS105. Almost there.

I did this in GIMP. That’s what I first learned on in ds106, and it’s still my first love. I have access to photoshop now through my job, but I haven’t taken the time to work with it. And I can still do all I want (so far!) in GIMP.

I like how this one turned out, and it was fun and pretty easy to do!